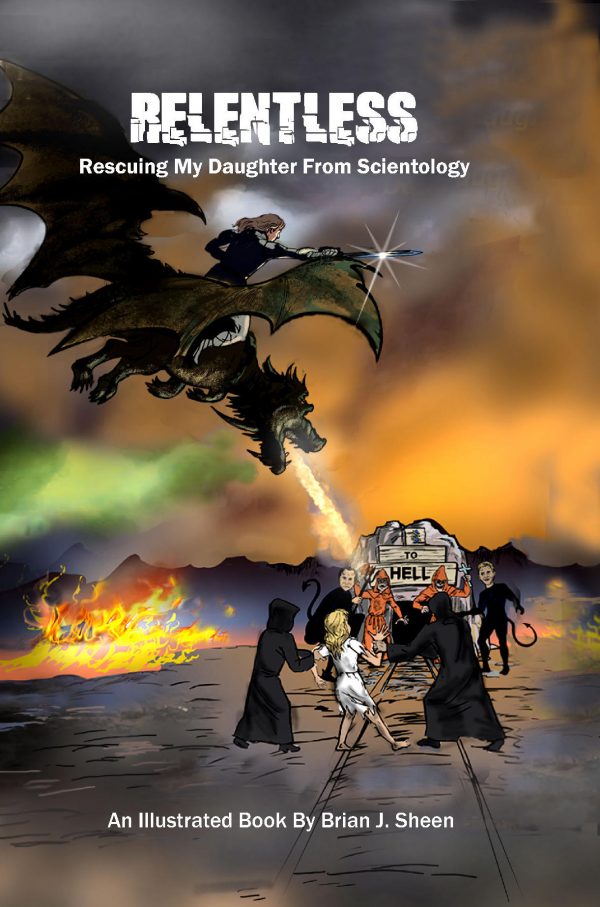 RELENTLESS
Rescuing My Daughter From Scientology

Learn why leading authorities on Scientology and religion call this book, “Powerful. Righteous. He will never be silenced and will ultimately prevail.” “Great. Gripping. Devastating.” “The text and illustrations make for great reading”.“Triggered by Scientology’s cruel disconnect policy the reader will journey with the author as he doggedly pursued every opportunity to heal his family tragedy. ”.“The illustrations give an added dimension as you learn all about the so called “prison of belief” and the vengeance and retaliation that is the trademark of Scientology. Highly recommended to all.”Relentless, acts as a warning to any existing or prospective new Scientologist, to recognize the trap of how Scientology imprisons you in their demented beliefs and how Hubbard’s processes create severe mental dysfunction and dangerous disassociated states. Readers will feel the emotional impact through the gripping illustrations that share my devastating journey, whose daughter is being held emotional hostage by the Church of Scientology and have prevented me from meeting his three-year-old grandchild, who is being subject, unwillingly, to their coercive doctrine.I share my relentless struggle to have both local, state, and national government agencies fulfill their responsibility to protect his family from the state and federal constitutional violations of laws and decency from an organization who was already found guilty of infiltrating over 100 government agencies, to prevent them from fulfilling their functions to provide security and justice for its citizens. This includes Scientology’s current attempt to blame the multiple rape victims of celebrity Scientologist Danny Masterson to instead, accuse his victims, not him, of committing a crime, by their reporting of their rapes to the police!Understand why, celebrity Scientologists like Tom Cruise, John Travolta, Elisabeth Moss and Greta Van Susteren are pressured into supporting Scientology’s unethical acts, and luring new followers into the Church. while each must live with an ongoing threat from Scientology, similar to their vicious attacks on Leah Remini.Discover how the Church of Scientology hypnotizes their members and uses mind control, while it attacking anyone who questions it, especially family or friends, demanding their members disconnect from anyone who dares to question their alien invasion and enslavement doctrine in the hope to achieve fabricated superhuman abilities. 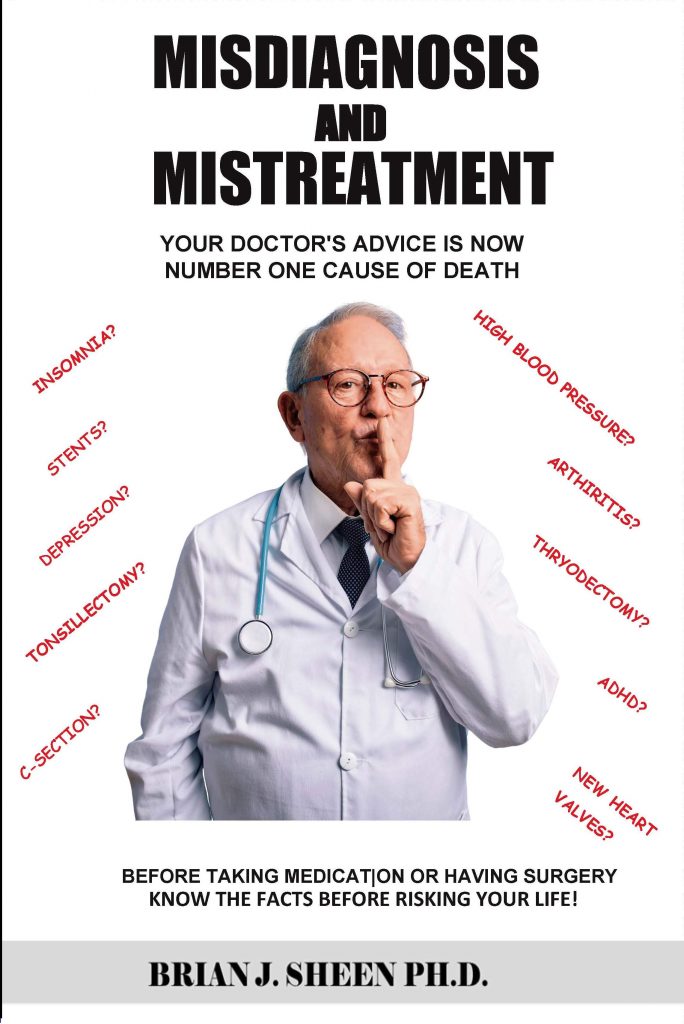 Misdiagnosis and Mistreatment: Your Doctor’s Advice is The Number One Cause of Death

Your doctors advice may be more dangerous than corona-virus covid-19!

This book exposes the dangerous state of affairs in our “sick-care system” and the dangers of the current medical/pharmaceutical complex. Doctor’s causes over 800,000 deaths and millions of life-threatening complications each year. Or, as Harvard Professor Lucian Leape testified before Congress, it’s equivalent to six jumbo jets falling out of the sky every day! 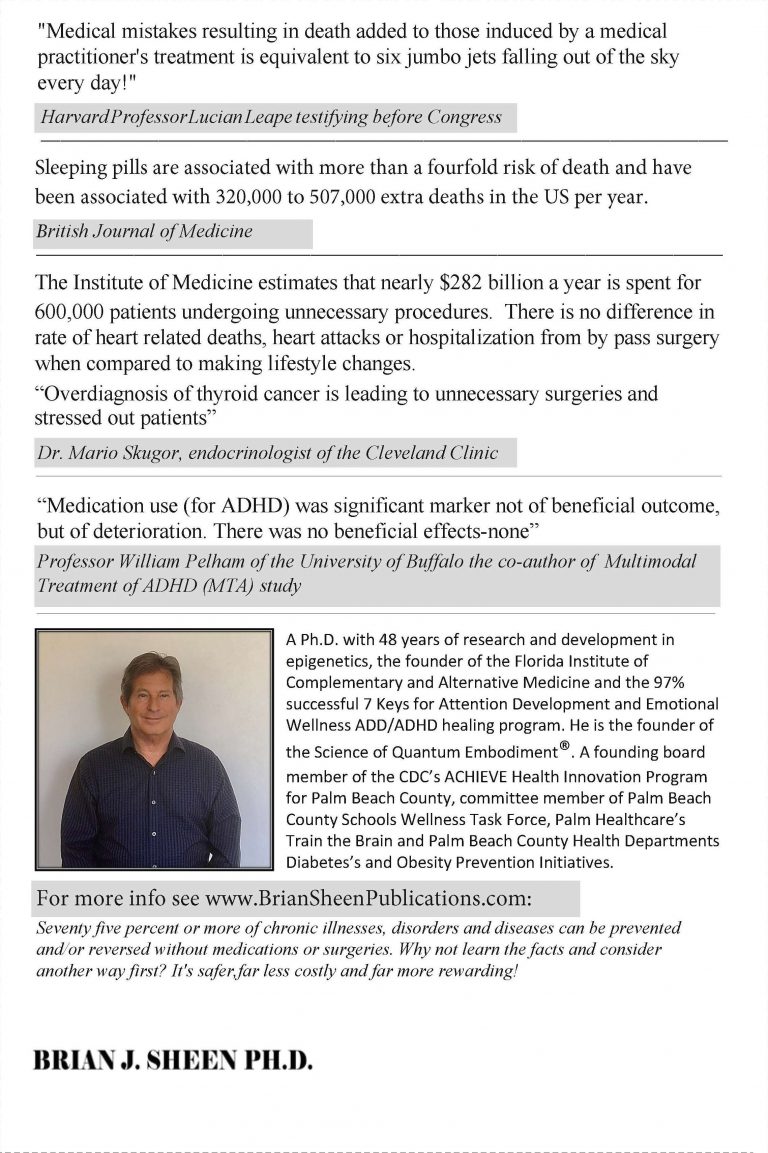 Learn the facts before you have any medications or have safety ignorance and helplessness is a deadly virus! 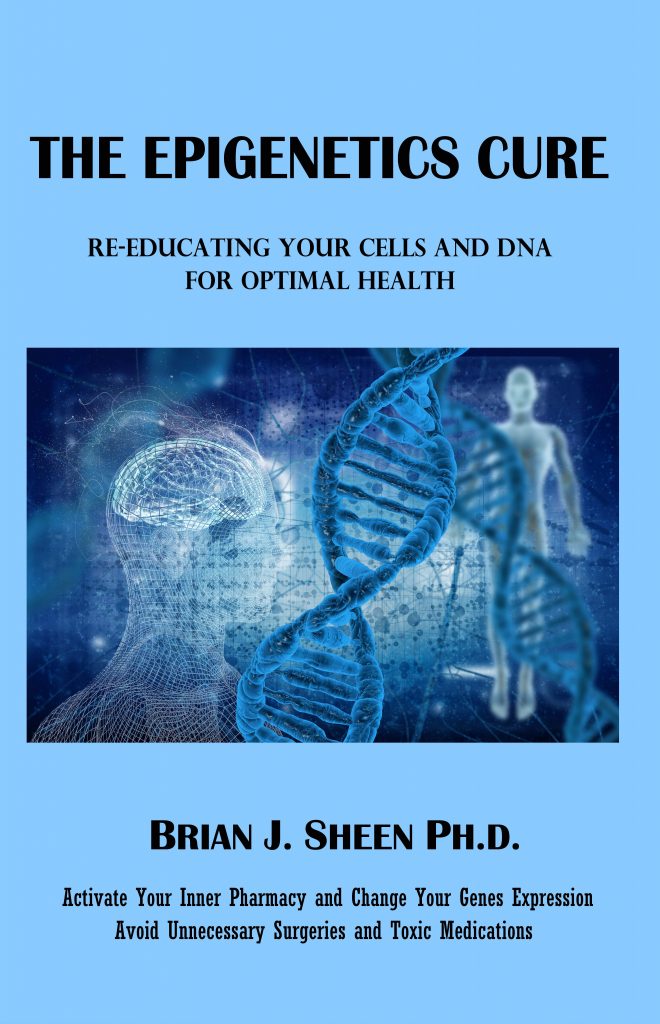 The Epigenetics Cure: Re-educating Your Cells and DNA for Optimal Health

is a program that can be used to prevent over 75% of all chronic physical and mental illnesses to expedite a persons return to health, reduce or alleviate their need for medications and prevent recurrence of any illness or dis-ease.

As Dr. Sheen shares, “Our genes are no longer our hardwired destiny. The science of epigenetics has shown how they can be switched on or off, up regulated or downregulated. The natural wonder of our body is their creative and spontaneous functioning of each cell. Each time you implement the strategies in this book you will train your mind to direct your three brains to utilize neuroplasticity to build or reinforce their neural networks. This process now sends new signals to the receptors on each cell to direct their DNA to produce bio-substances to meet the body’s needs for healing, adaptation, growth or development. I have used each of these techniques with thousands of people worldwide and they produce miraculous results when applied.’ 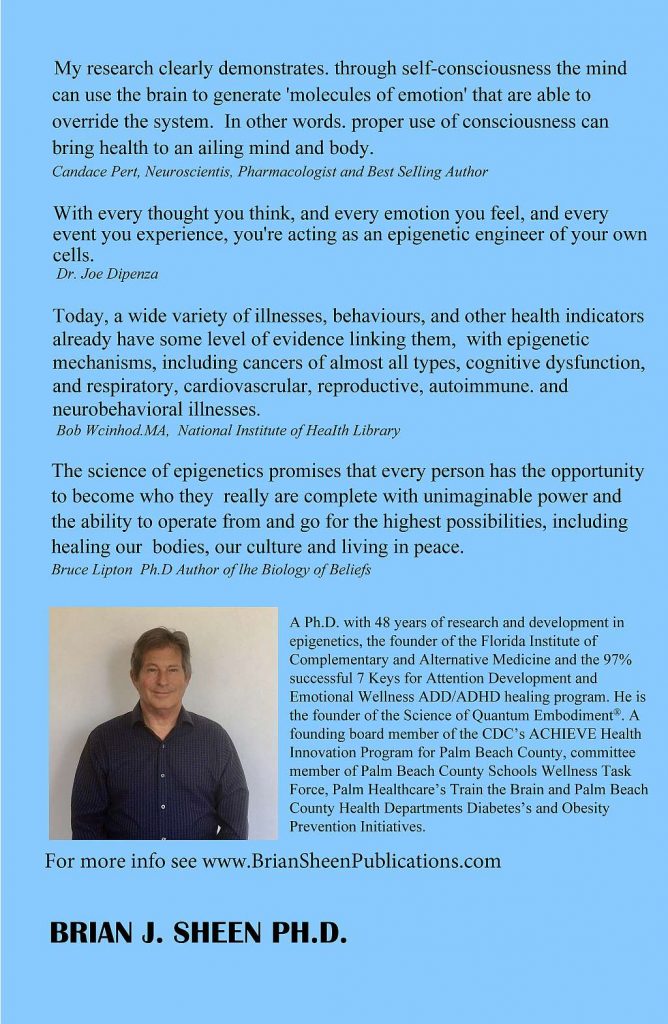 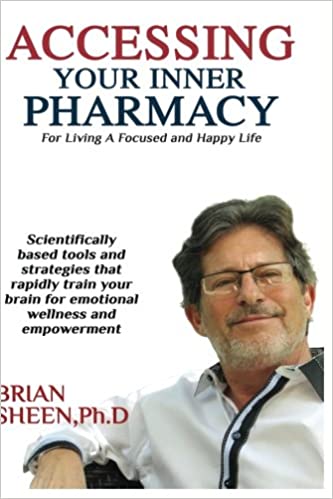 Accessing Your Inner Pharmacy: For Living a Focused and Happy Life Without Drugs

Accessing Your Inner Pharmacy: For Living a Focused and Happy Life Without Drugs 2nd Edition

Learn how to use scientifically proven techniques to activate your body’s inner pharmacy to obtain all the biochemicals you need to be focused, happy and calm while expediting any healing process and extending your life expectancy! The tools and strategies learned can help you lower medication dosages or end their need entirely while improving the way you feel, function and relate with others. 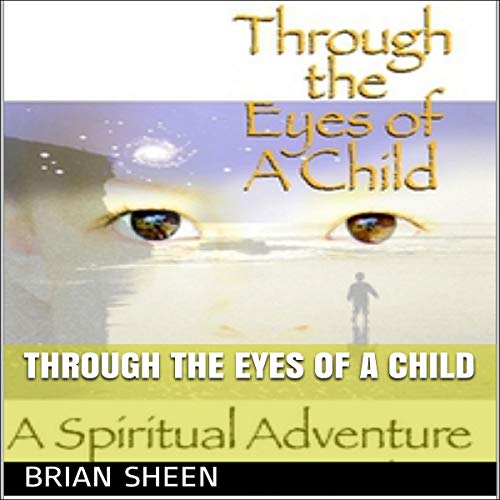 Through the Eyes of a Child

An exciting spiritual adventure to open our eyes to the forgotten innocence of our childhood.

Through the remarkable journey of a child’s near death experience, he fulfills his quest to meet God. Listeners are led through the forest of his family’s prejudices, fears, and conditioned beliefs to emerge face to face with his deepest yearning within – to know his Creator and experience the greater truth of life.

Listeners are drawn in to the open heart of a young man to share with his unique perspective of life that his parents and grandparents had forgotten, to become a healing catalyst to help reconnect to their truth by looking through the eyes of this child. The story is both fun and fast-paced with the delicious flavor of your grandmother’s tastiest treats.